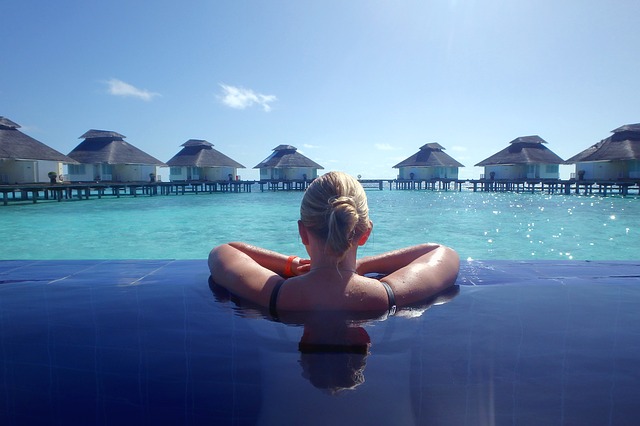 The best reason to visit the Maldives is the lack of crowd. It is one of the peaceful best places to visit in 2020 as some people do not like going to the gathering. It is believed to be a heaven on Earth. If you are planning for vacations, Maldives is a place worth going.

The Islamic center is named after Masjid-al-Sultan Muhammad Thakurufaanu Al Azam. It is the largest and the most beautiful mosque in the Maldives. It is considered to be the architectonic landmark in the Maldives. This mosque is worshipped by about 5,000 Muslims at once. Tourists belonging to any religion are welcomed to explore this beautiful mosque. A special dress code is being followed to enter the mosque. Islamic center has conference halls and an Islamic library. This mosque is illuminated during Friday prayer as a large number of people assemble to offer their dedication.

The attraction of Maldives also lies in the National Museum. This building is gifted by China. The national museum is one of the popular travel destinations and pretty well known among international tourists. It contains historic monuments that reflect the history and cultural heritage of the country. The museum also has royal antiquities that vary from the Buddhist and Islamic era for the admirers of history and artwork. The manually written Quran is imprinted on the walls of the building. The museum was destructed by religious extremists during political fights against President Nasheed in 2012. The damaged structure includes a six-faced coral statue, an 18-inch high bust of Buddha, and assorted limestone.

Villingili is the most vegetative and the largest island in the Maldives. This island is famous for having the largest height in the Maldives. It has many bars, restaurants, and lounges for its guest to entertain them. Because of its huge space, a variety of activities can be done like jogging along the beach, diving in the lagoons, and walking through the resort’s jungle. The island has overwater bungalows at Shangri-La’s Villingili Resort and Spa. It offers a good atmosphere which is perfect for re-energizing and relaxing. Resorts offer different services such as massage, spa, tennis court, and fitness center. This island can make memories to endure forever as it is in the bucket list of international tourists and considered one of the best destinations in the world.

Mule Aage is the presidential palace in the Maldives. It is a colorful bungalow styled building. This palace cannot be photographed as it is government property. This breathtaking building has beautiful white carvings which make it a must-visit tourist destination for the tourists. Official meetings are held at the presidential palace. The last inhabitant of this palace was Prince Mule Aage Manippulhu. Mule Aage is recognized as a place for happiness and delight with the diversification of dance and music performances which was composed by the young ruler for his entertainment. It is not opened for the public so tourists usually stop by this palace on their way to the local mosque.

Veligandu Island Resort and Spa is a must-visit place if you are going to the Maldives. This island has clear blue water and soft white sand. It also has diving spots that discover manta rays, reef sharks, and hammerhead sharks.

This island also comprised of spacious villas that come with private Jacuzzis. Resort and Spa is a blend of relaxation and water sports. This island resort has a choice of live cooking, buffet-style dishes, and grilled seafood. This resort also offers services to its guests such as spa, sunset cruises, steam room, and a trip to neighboring islands. This resort is renowned as the best place for couples and one of the top vacation spots in the world.