Most Beautiful Places Not To Miss in Rabat 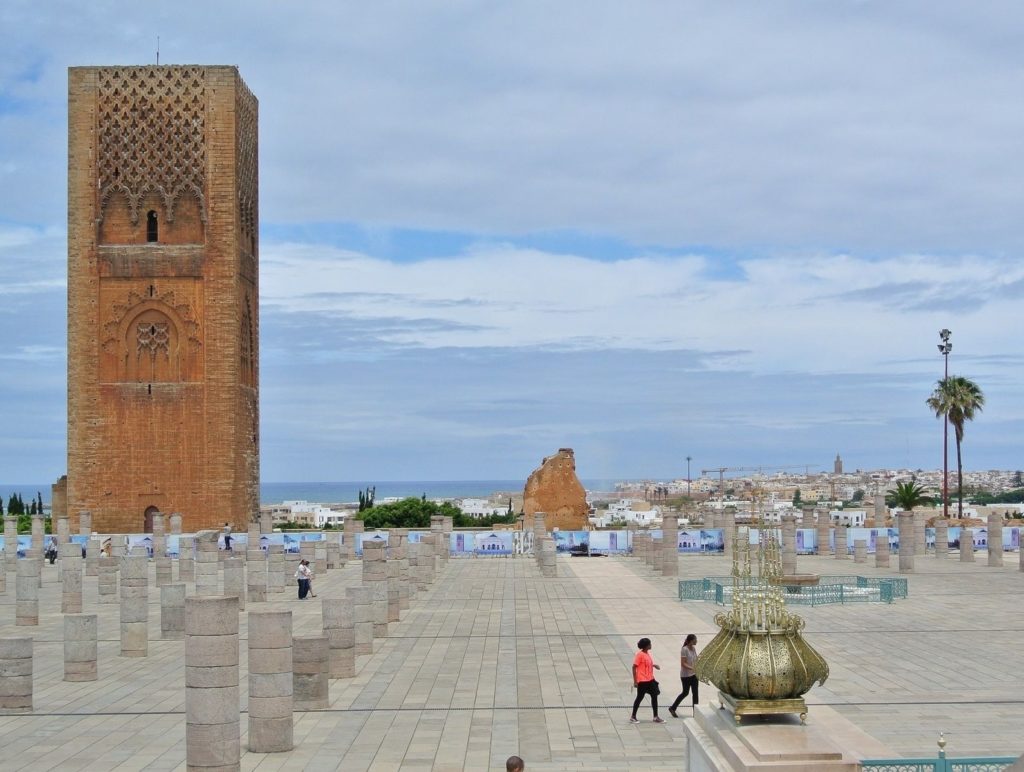 Rabat is a beautiful city in Morocco, with a rich history and impressive architecture. It is home to the Royal Palace and Gardens and is an important cultural center.

It is not only one of the most beautiful places in Morocco but also one of the most important cities for art and culture. The city has many museums and galleries that will delight any visitor.

Another great reason to visit Rabat is that it has a vibrant nightlife scene. There are many bars, restaurants, and clubs where you can have fun while enjoying great food and drinks.

Bab Rouah is the most well-known monumental gates of Rabat named as differently, according to some “door of the winds”, and “door of the return”, these two names are very famous.

Of Almohad era, like Bab Oudaïa, it surprises by the richness of its decoration. It was the only doorway to the majestic Rabat, by land. The years old people call it “three doors”, but since 1996 a 4th passage has been pierced. Be careful, the picture at the top left is taken at one hour in the morning. In normal times, impossible to advance, there are too many cars! The picture on the right is more realistic, but there is traffic flowing, otherwise it is a bit the Place de la Concorde in Paris at 6 pm.

Bab Rouah, located at the end of the former avenue de la Victoire, has become a magnificent gallery of contemporary art. On that day the children of the Albert Camus school came to visit in morocco Holidays.

The exotic gardens of Bouknadel:

In 1951, Marcel-François, a French horticultural engineer, acquires four and a half hectares of land at Bouknadel on the road to Kénitra. He set out to make it an exotic garden that he opened to the public after 10 years of development. There are plants from China, South Asia, Congo, Japan, Brazil or Polynesia.

This garden immediately arouses the interest of the public, but entirely private, these gardens gradually degrade and become badly attended. In 2002, the Mohammed VI Foundation for the Protection of the Environment, with the financial assistance of banks, took charge of this priceless heritage and, after several years of work in the spirit wanted by its creator, reopened these gardens to the public at the beginning of the year 2005.

They have been the joy of thousands of visitors, including many schoolchildren in the area, who are particularly interested in trees, shrubs, and flowers of 14 different gardens, but also birds of the aviary and Fish and reptiles of the vivarium. With its restoration spaces and its museum, the exotic gardens of Bouknadel are a privileged place of the walk of the Rabat.

There are too few museums in Morocco so that the museum of archeology of Rabat does not receive your attention. This museum, which opened in 1930, but whose main contributions date back to 1957, is undoubtedly one of the most beautiful museums in Morocco, and in any case the richest in prehistoric and pre-Islamic domains. If you do not have time to visit the incomparable Roman site of Volubilis, 1h30 from Rabat by the motorway to Meknes, go to the museum of archeology, El Brihi street, a small street perpendicular to the avenue Moulay Youssef, behind the mosque As Sounna.

In addition to the prehistoric pieces and the collection of objets d’art, tools and utensils found on the site of Sala-Chellah, you will be amazed by the bronze room which houses a series of statues from the excavations of Banasa, Thamusida, and Volubilis. Famous pieces such as the bust of Cato of Utica, the Ephebe crowned with ivy, the dog of Volubilis or the head of the young Berber will be recognized. Not to be missed during your stay in Rabat in your Adventurous Morocco holidays.