5 Top Tourist Destinations in the USA 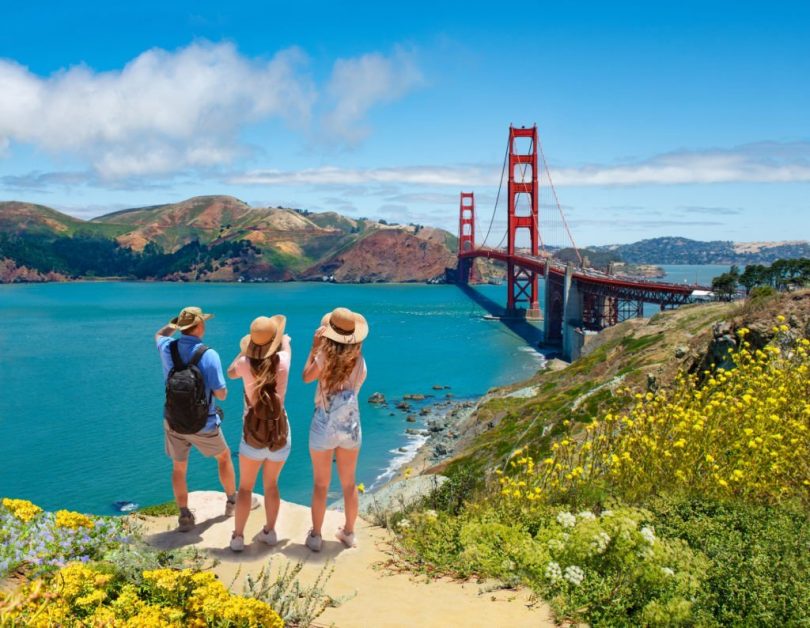 As one of the largest and most diverse countries globally, The United States boasts fantastically one of the top tourist destinations. With so many tourist attractions in the USA, it’s tempting to list entire cities or even states, but in this article, we’ve tried to focus on these top city destinations in the USA that you need to visit.
.
There’s a whole giant beautiful planet, but some of its most alluring attractions exist practically in your backyard. America is blessed with bustling cities, gorgeous deserts, and breathtaking parks from sea to shining sea. We consulted government agencies and ranked the most famous American tourist destinations based on historical relevance, cultural significance, beauty, and overall appeal.

1. Mount Rushmore – One of the Top Tourist Destinations:

The most unmistakably American landmark is Mount Rushmore, a national memorial located in South Dakota. The monument was built in the early 20th century and depicted the faces of four former American presidents, each of which is carved and blasted from the side of a rock face. Mount Rushmore’s most notable feature is its sheer size: carved out of granite, the monument is 563 feet tall and 641 feet long—the equivalent of an 18-story building!

But what makes Mount Rushmore stand out, even more, is its cultural significance. It was designated as a national historic site in 1941 by Congress and then became one of South Dakota’s first state parks in 1947. It was built on land set aside for development by President Theodore Roosevelt himself back in 1900!

There are many things to do in Los Angeles, but Venice Beach is an absolute must-visit, considered of the top tourist destinations around the world.

The canals and beaches are spectacular, but the biggest hit is undoubtedly the Venice Beach Boardwalk. This is a genuinely entertaining spot where street performers juggle, dance, sculpt and sing for passersby. Shop for souvenirs, grab a refreshing drink and bring some small bills for a stroll on the boardwalk. After admiring a live performer, many visitors tip a dollar or two to show appreciation.

The Mesa Verde National Park in Colorado is home to the preserved homes of the Ancestral Pueblo people. Many of these homes, carved right from caves and rock faces, date back to the early 13th century. Today, it is possible to walk beneath the overhanging cliffs and tour these ancient abodes. The Balcony House is exceptionally well preserved, and it boasts 40 rooms that are accessible exclusively by ladder. The nearby Cliff Palace is even more significant, and it is believed to have housed more than 100 people in its 150 original rooms.

If you’re interested in learning more about this fascinating part of our history, you’ll have plenty of time while at Mesa Verde National Park! Pay visit to these top tourist destinations in USA and explore everything that you are looking for.

If you’re looking for a place to get away from it all, look no further than the Great Smoky Mountains National Park, considered as the top tourists destinations in the USA.

The park is the most visited in the entire country, thanks mainly to its enormous size and incredible scenery. Visitors can hike through old-growth forests, spot hundreds of species of birds and check out the two visitor centers. Hikes can also wind through trails that lead to the waterfalls of Laurel Falls and the vistas of Clingman’s Dome. The Great Smoky Mountains National Park is located straddling the border between Tennessee and North Carolina, making it easy to get there from either state.

The best way to see the city is from the water in Chicago. Lake Michigan extends out from Navy Pier, an enormous pier in Chicago’s coastal Streeterville neighborhood. Within Navy Pier are countless attractions suited to the whole family. Beautifully manicured gardens are ideal for a scenic stroll, and lots of souvenir shops are an excellent way to snag gifts on vacation to Chicago. The pier is also home to the Chicago Children’s Museum, two theaters, and an abundance of excellent restaurants. There’s something for everyone at Navy Pier! These above all are top tourists destinations around the world that you can enjoy exploring.