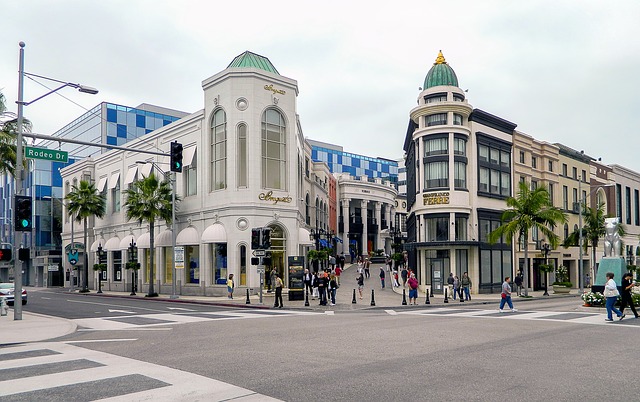 California is considered one of the best adventure vacation spots in the world. Travelistia Team has gathered the list of top 10 amazing tourist spots in California that you can consider for your next adventure trip.

Death Valley is a driest, hottest, and lowest national park. It records a high temperature of 134°F in the afternoon. The Telescope Peak is the highest point in Death Valley in the Panamint Range. The valley explodes into the rug of golden, pink, white, and purple flowers in spring. The most enduring mystery in Death Valley is Racetrack Playa. The mystery lies in the trails of the rocks when they move on the ground. The most common wildlife species spotted here is the roadrunner. The charcoal kiln has the history of the Death Valley in its walls. Visitors can explore the kiln and capture the beauty of the land in their adventure tours while visiting the United States of America.

The Hearst Castle is a historic mansion in San Simeon, California that was built by William Randolph Hearst. It’s a beautiful structure, and it’s only one of the many reasons you should visit!

The Hearst family has owned the castle for generations, and the house dates back to 1926. It was originally intended to be a private residence for William Randolph Hearst but ended up being used as a studio for his newspaper empire, which has expanded into radio, television, film production, publishing, art collections and more.

The mansion is made up of two buildings: The main building contains over 36 rooms and is still used as a private residence today; the other building houses what’s known as “The Castle Theater” or “The Movie Palace.” This theater can accommodate 700 people at once!

The Hollywood sign is an American cultural icon and is situated on Mount Lee in California. The HOLLYWOOD sign is 45-foot tall white capital letters and is 250 feet long. The sign is promoted by The Hollywood Sign Trust which is a non-profit based organization. The sign also makes an appearance in popular culture in shots for films and television programs.

Visitors can hike from Bronson Canyon entrance to Griffith Park to the sign. The best way to view the world-famous Hollywood sign is either in a helicopter, horseback, or hiking trails.

Monterey Bay Aquarium is a public aquarium in California. It is known for its marine habitat of Monterey Bay. It was the first aquarium for the display of a great white shark. The aquarium has 35,000 animals of over 550 species that include jellies, sea otters, penguins, sharks, and thousand other marine plants and animals.

The aquarium comprises 12 galleries with 83 tanks each of which exhibits live animals. Raw seawater is used at night for the Kelp Forest exhibit to maintain its realistic appearance. The aquarium also featured in PBS Nature documentaries.

Balboa Park is the most iconic urban park in California. Balboa Park has the history of San Diego past. The park houses museum, theaters, and world-famous San Diego zoo. Within the premises of the park are also several restaurants, shops, and recreational facilities. The Casa Del Prado Theater is the oldest children’s theater program in the park.

The park also covers the Spanish Art Village which consists of various art shops. The park also hosts events and concerts for its visitors. Free weekly concerts are held every Sunday at 2:00 pm. Cherry blossom festival is also held annually in March.

General Sherman Tree is not only the largest tree in the world but also the largest giant sequoia. It is the largest single stem living tree by volume on Earth. Tree measures a height of 83.8 meters and a diameter of 7.7 meters. The estimated age of the Sherman tree is 2,300-2,700 years. The tree lost its large branch during the winter storm in 2006. A fence around the Sherman tree protects the shallow roots of the tree. The sheer magnitude of the Sherman tree will leave speechless to everyone.

Vikingsholm is a great example of Scandinavian architecture. It is the biggest mansion located on the shore of Emerald Bay in California. The interior of the home has two intricately carved dragon beams and paintings on the ceilings and walls. The mansion consists of 38 rooms.

The furnishing in the home reflects typical pieces used in Scandinavian homes of the period. The windows are made up of stained glass. Vikingsholm is also available for public tours during the months of summer. The tour is based on 30 minutes and is guided by the Sierra State parks foundation.

It is the world’s famous golden gate bridge and has the tallest suspension. It features a signature international orange color and art deco styling. It is a sensual encounter featuring light, sound, and color. The bridge showcases the original 12 ft stainless steel bridge “test tower”. The bridge café serves healthy and casual snacks to the visitors.

It is opened during the hours of the sunset and sunrise for the sidewalk. It is the most photographed bridge in the whole world and one of the best places to visit in California.

Universal studio Hollywood is a theme park and a film studio located across the world. It is the most established and acclaimed Hollywood film studio which is still being used and one of the best places to travel while visiting California. The universal city houses a seven-story IMAX theater, hotels and towers, shops, and an 18-screen universal cinema.

Universal Studios Hollywood is split into the upper and the lower loft, both of which features food, beverage, and merchandise shops. Filming of many shows and movies takes place in the themed upper loft of the studio. Different movie characters are found roaming around the park greeting the visitors.

You can experience the beautiful view of Los Angeles from Griffith observatory. The Observatory is a mainstream Tourist Attractions in California with a nearby perspective on the Hollywood sign and a broad exhibit of space and science-related displays. The exterior of the building is embellished with an art deco. The observatory is split into six sections each of which has its attraction and importance.

A large Tesla coil is placed on display at the observatory. As the country third planetarium, the observatory and the accompanying exhibits were opened for the public.