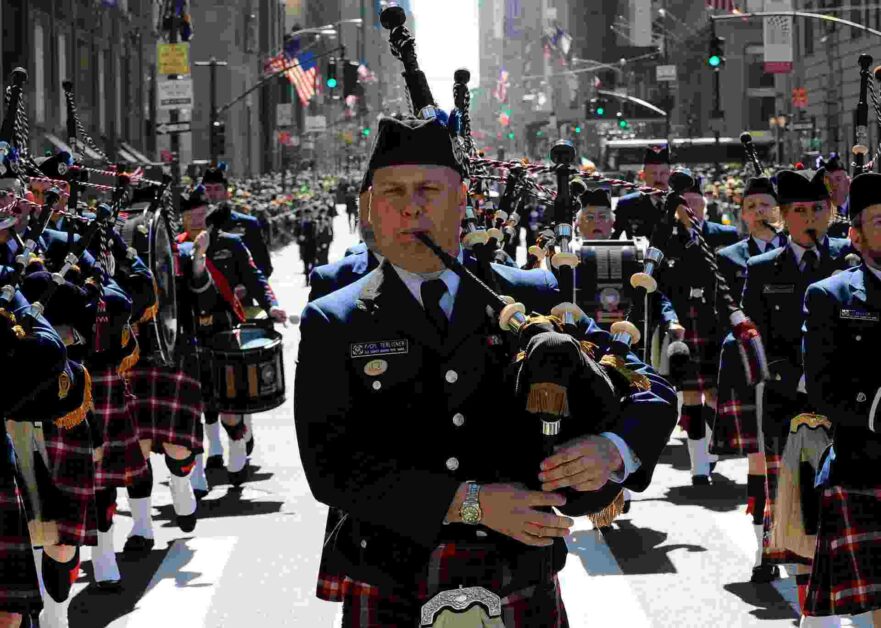 St. Patrick’s Day is upon us and it’s the most wonderful time of the year. Saint Patrick’s Day, or also known as the Feast of Saint Patrick, normally known by both names, is a cultural and religious celebration that held on 17 March of every year. It is the traditional date of Saint Patrick’s death, the foremost and most respected saint of Ireland and thousands of following the event for celebrations. The event is usually celebrated and associated with the color “Green”, as many of the followers wear or embed green masks, clothes and costumes.

In this article, we have gathered some of the most amazing cities where celebrations for St. Patrick’s Day held especially.

In the beautiful city of NY State USA, 150,000 people around the city and internationally participate in the celebration and St. Patrick’s Day parade. Actually, this celebration started 14 years ago after the declaration of independence was signed. Nowadays, on the prestigious 14th march, two million people march along with the fifth avenue. The whole city starts to prepare the festival early this month with bars full of Irish spirit.

This Irish capital is the main core center for the huge global party and celebration. In the whole city, people come out of their homes and joins the city’s biggest parade. Over 550,000 merrymakers join the beautiful event. The whole festival remains (14-17 March) that features various dishes and beer festivities. The city hue becomes green as the event is associated with the color and make it more extravagance.

Do you know over 40 lbs. of green dye is used to transform the Chicago river into a sparkling stream? It’s an antique tradition that dates back to 1961, and the organizers’ adamant Leprechauns help with the magical green transformations. Chicago’s parade is one of the biggest in the U.S and thousands of people around the country join this amazing celebration. The 3-hour long parade includes the Irish cultural celebrations throughout with many people imprinted greenery on their faces and bodies.

On St. Patrick’s Day, the legendary London excels in its nightlife. The wonderful 1.5 Km parade features the beautiful colors and marching bands passing through the Whitehall, Piccadilly Circus and Nelson’s Colum’s in Trafalgar Square. In the mentioned spots, there are daytime celebrations in which thousands of people participate.

Boston holds the celebration on a big scale where thousands of Irish Descendants joins the parade and celebrate the festival. St. Patrick’s Day parade includes the lively parade and traditional marching bands from across the United States. Make yourself ready to join this amazing event and add a great adventure in your next holidays.

St. Patrick’s Day arrives in Argentina at a great pace. In South America, thousands of people gather and transform the 10 blocks of the city’s heart into a green wonderland. Late-night celebrations occur at the plaza martin where people gather and celebrate humorously.

Do you have any plans to celebrate Colorful Celebrations in the USA? If so, do some more research and come up with a great destination for St. Patrick festival where adventure meets your escapade. Read more about some more interesting blogs which might help you decide places to visit in your next vacations.